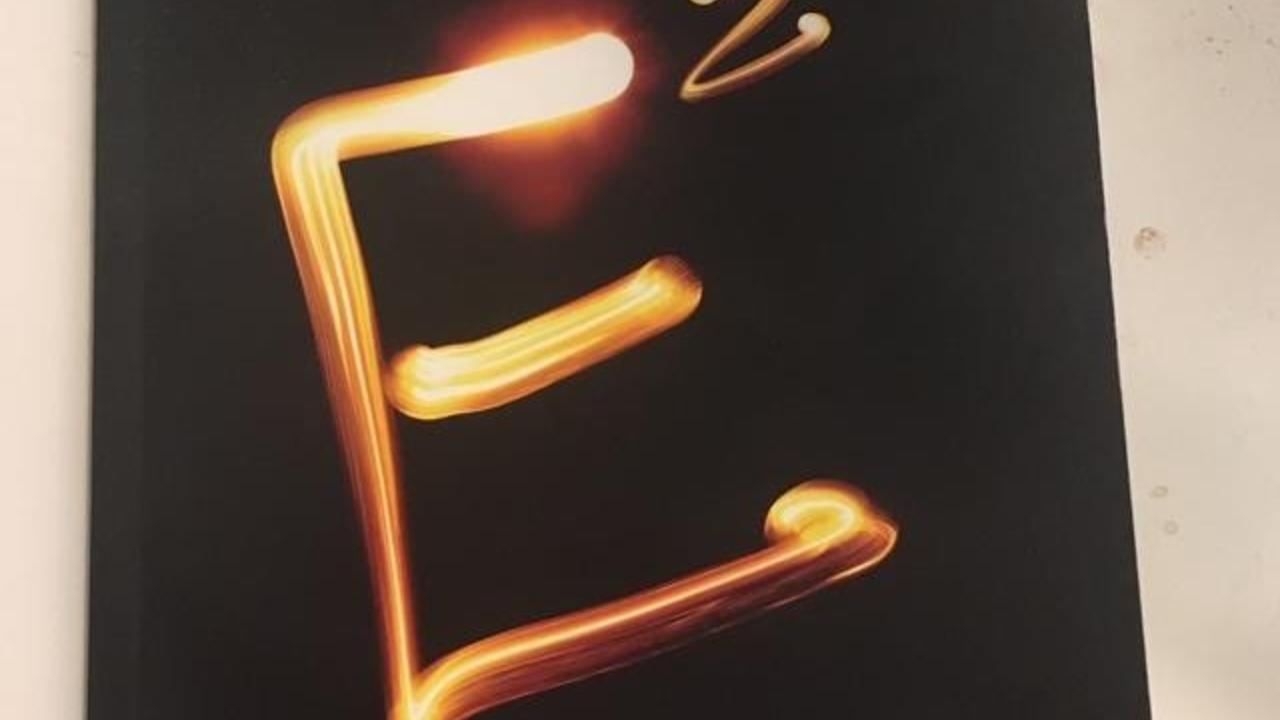 Even when you least expect it.

I pulled the red shiny package out of my mailbox late last December and spied the return label. That was sweet of Nicole.

I opened the shiny red package on Christmas morning. It was a book titled E-Squared: Nine Do-It-Yourself Energy Experiments That Prove Your Thoughts Create Your Reality by Pam Grout, an author I had never heard of. That was sweet of Nicole, I thought again, but that kind of book is not for me.

You may not be able to tell a book by its cover, but I can.

I’ll admit it. I’m a book snob. They say you can’t tell a book by its cover, but I could tell by this cover. It was garish and New Age-y. It screamed woo-woo. And while I’m as spiritual as the next person, I’d never really bought into this energy stuff. Or the Law of Attraction. Or egads, The Secret.

But Nicole? I liked Nicole, and I didn’t want to offend Nicole. I put the book on the tall stack of books on my bedside table that I intend to read. I don’t know about you, but my intentions are often better than my actions. Most nights, I crawl into bed with a book and five-to-ten minutes later I can’t keep my eyes open.

Whatever you put your attention on, you will find?

One day in late January, an inner voice nudged me. Pick up the book. See, I told you I was spiritual! I obeyed the voice and read the introduction. This Pam Grout person could write. She was funny and not nearly as cheesy as the cover had led me to believe she’d be. Experiment #1 was wacky: something about looking for sunset beige-colored cars over the next 24 hours. The idea was that whatever you put your attention on, you will find. Okay, I’ll play, I said to the author. I committed to believing I’d see some of those sunset beige cars.

When I finally got on the road the next day to meet my girlfriend and her mom for a movie and an early dinner, I remembered that I was supposed to be looking for sunset beige cars. That’s such a color of the ‘80s and the ‘90s, I thought dismissively. My then-boyfriend (later my husband and now ex-husband) had one such sunset beige car: a 1980 Chevy Citation whose hood would bounce up and down any time he’d drive it over 60 mph. I peeled my eyes on Interstate 283, the highway between Lancaster and Harrisburg PA. No sunset beige cars on this road in 2020. What a joke this experiment was. Still, I’d keep playing. The experiment wasn’t over for a few more hours.

When I pulled into my girlfriend’s mom’s driveway, I guffawed. Her mom’s car, a late 90’s Honda Accord, was at the top of the drive. And yes, you guessed it. Sunset beige. Okay, maybe this isn’t so crazy.

From total skeptic to believer

That day was Martin Luther King, Jr. Day, which we had decided to commemorate by seeing Just Mercy, a film based on the book by attorney Bryan Stevenson. The film was set in the late 1980s and early 1990s at the start of Stevenson's legal career representing death row inmates. He’s on a shoestring budget and drives from prison to prison in the Deep South in—you guessed it—a sunset beige car. That was enough to take me from total skeptic to maybe there is something to this “where you put your attention on” idea.

Over the next couple of weeks, I did a few more of the experiments, with similarly freaky results. An unexpected blessing would come my way in 48 hours. Sure enough, blessings blew in left and right, including an unexpected financial windfall. Look for purple feathers, another experiment asked of me. Sure enough, with less than thirty minutes to go before the deadline, a person in my later-in-life support group put on his jacket, and the hood was lined with purple feathers. You can’t make this stuff up.

My attention was scattered.

When I packed for a writers’ retreat in Myrtle Beach in early February, the book went in my suitcase. Maybe it would bring me some luck or help me focus. While lots was going well in my life, I wasn’t doing too well with the focus thing, which was ironic since “focus” was the word I’d chosen to “focus” on for the year!

My attention was scattered. I was revising my memoir. I was upleveling my training as a book coach. I was building a new website and trying to create content. I was learning what it meant to market myself. I was still working as a college application essay coach, work that had brought me great satisfaction and nice financial security for almost a decade, but work I no longer felt a strong calling toward. But how could I give that up? I needed the money. I needed security.

My first full day in Myrtle Beach was productive. I wrote a lot and I thought a lot. I pulled out ESquared at the end of the day when I needed a break. The next experiment: Focus on what you want your life to look like. Get really specific. Call that “New Orleans.” Call where you are today “Biloxi.” Biloxi’s been nice but it’s not New Orleans. Keep your eyes set on New Orleans and make all your decisions based on getting there. Any time you turn back to Biloxi, even for a little visit, you are delaying your arrival in New Orleans.

Suddenly it was all clear. New Orleans was being a published author with a platform and a book coach with a waiting list. Biloxi was trying to do all the things all the time, including holding on to the essay coaching. I sat with the question for a few days, but I knew what I needed to do. I wanted to go to New Orleans, which meant saying goodbye to Biloxi. I let go of the essay coaching work I’d been doing as a freelancer for an educational consulting company. It was scary to leave the money and the security behind. Scary to let go before I knew how long it would take me to get to New Orleans. And thank goodness I didn’t have a crystal ball to see what our world looks like today. I doubt I would have had the courage to say goodbye to Biloxi knowing we were heading into a global pandemic.

ESquared changed my life. Now that I know what New Orleans looks like, I’m keeping my focus there. I’ve recently been certified as an Author Accelerator Advanced Book Coach, and I’m building a business with focus as well. My attention is no longer scattered. I know who I want to serve and how I will serve them.

I exclusively coach women who want to write nonfiction books that change people’s lives. Like ESquared changed mine. Thanks, Nicole. That was sweet of you.

Learn more about how I help women jumpstart their nonfiction books.